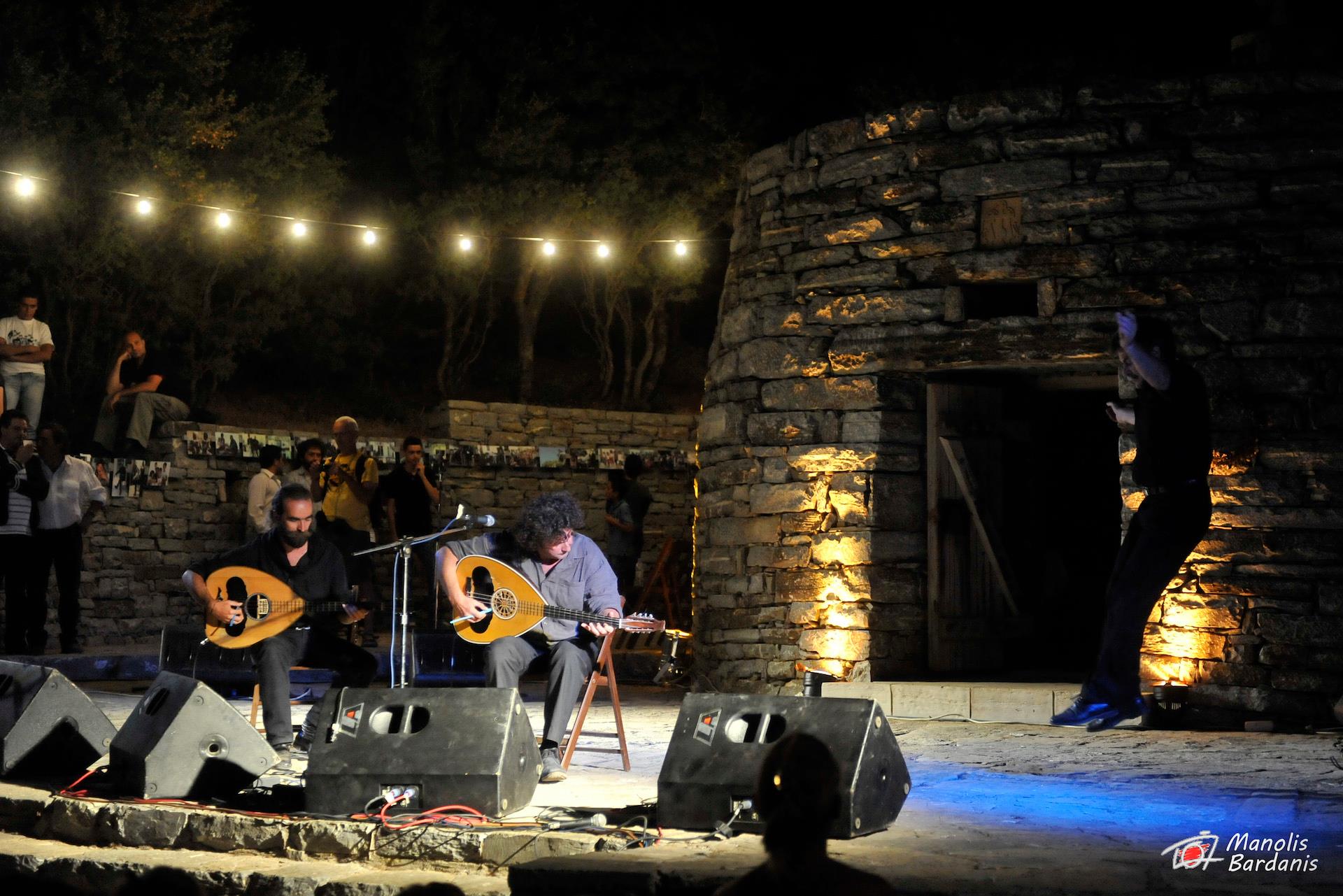 Crete loves to celebrate, and the Yakinthia Festival in Anogeia is one of the most anticipated cultural events of the summer in Rethymno.

Anogeia is about two hours drive from Georgioupoli, or less, depending on which route you choose to reach this splendid little village, where the locals preserve traditions and culture with great care.

“In Anogeia everything is real. No plastic or substitutes. There is stone, wood, color and green of the Earth,”

These words are attributed to Manos Hatzidakis who wrote The Rise of Anogeia in 1978. In this document, he proposed a strong focus on the Cretan Lyra as the means to preserve and promote the authentic traditions of Greek folk music. Hence, the first ever Yakinthia festival held in 1998 was dedicated to Manos Hatzidakis. The organizers change the theme of the festival every year, but the essence remains: raising awareness of the importance of Cretan music and Cretan folk dances. However, the festival also features musical traditions from other places from around Greece and the Mediterranean.

The Yakinthia Festival takes place every July on a plateau in Psiloritis at 1260 above the sea level in front of the church of St. Hyacinth (Agios Yakinthos). The church itself is noteworthy as a true Cretan mitato, a circular temple with a dome, made of stone.

Hundreds of people of all ages attend the festival every year, for musical and dance performances, but also for cultural exhibitions and events that draw upon the theme of the year. For example, the festival in 2016 had as its central theme “Wheat, the milk of earth,” and there was an exhibition showing the importance of wheat and bread in the survival of humanity. Yakinthia Festival 2017 will take place at the end of July. However, the dates are not announced at the time of this article. Make sure to visit their official website to plan your trip, or ask your concierge at one of our hotels for details.

Revealing the lyra: Crete’s music of the gods

Unique to Crete, the lyra is the pear-shaped, three-stringed instrument that is played on the…

A Visit at the Askifou War Museum

Walking Georgioupoli: off the beaten track