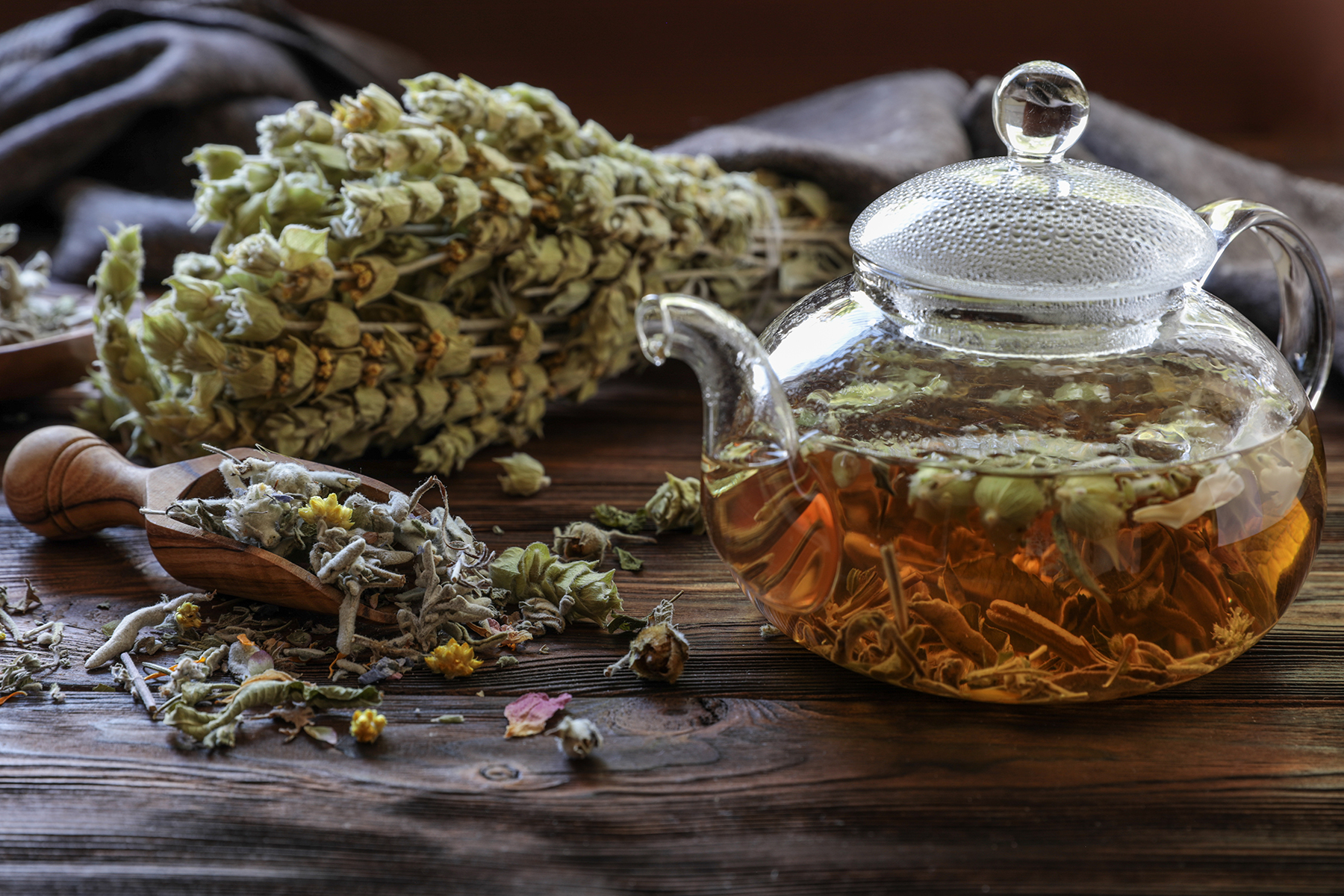 As temperatures drop there’s no better time for a warming cup of tea. But in Crete, there’s a very special herbal infusion to savour at this time of year.

Malotira, (known locally as Tsai tou vounou (Tea of the mountains) and often referred to in English as Ironwort, is a wild plant, similar to chamomile, that grows on the highest slopes of the island’s mountain ranges. Found at an altitude of between 800 and 2000 meters above sea level, its harvested usually in July, the month it blooms.

Particularly abundant in the Lefka Ori, the White Mountains of Chania province, and it was the Venetians who gave it the name we know it by today, after recognising the plant’s remarkable healing properties. Crete’s rulers for more than 400 years described it with the Italian words male (meaning malady) and tirare (to extract), and for centuries Malotira – with its soft downy stem, grey-green leaves and tiny yellow flowers – has been gathered by hand each summer in the highlands of Crete.

Most popular in the west of the island, the dried plant’s medicinal properties, once transformed into tea, are known to help digestion and are recommended as a treatment for the common cold. Rich in antibacterial substances and antioxidants there is strong evidence that it strengthens the body’s natural immune system.

Malotira’s scientific name Sideritis syriaca stems from the word sideros (Greek for iron), and some believe the latin name sideritis, derived from the Greek, meaning ‘He who is made of iron’ was bestowed on the plant in to describe its empowering qualities, as well as its ability to heal wounds caused by iron weapons Today Malotira is considered a rare species due to excessive gathering and over-grazing, but it can be found in most grocers and supermarkets. For fresher Malotira and better value, try your local farmers’ market (laiki).

To make the tea, every part of the plant is used but the flower buds hold the plant’s most potent medicinal properties. Steeped in boiling water for a few minutes, locals often add sprigs of marjoram, dittany or sage to the infusion. Honey is sometimes added to compliment the plant’s natural sweetness.
While Malotira is synonymous with Crete, similar species are common elsewhere in Greece and in mountainous areas of the Mediterranean, where it is known as Mountain Tea or Pastor’s Tea.

The famous Cretan Gastronomy and its benefits

No matter who you ask, it is a common knowledge that Crete is famous for…

During Christmas, every sub-region of Greece has its traditional food favorites. From the age-old tradition…