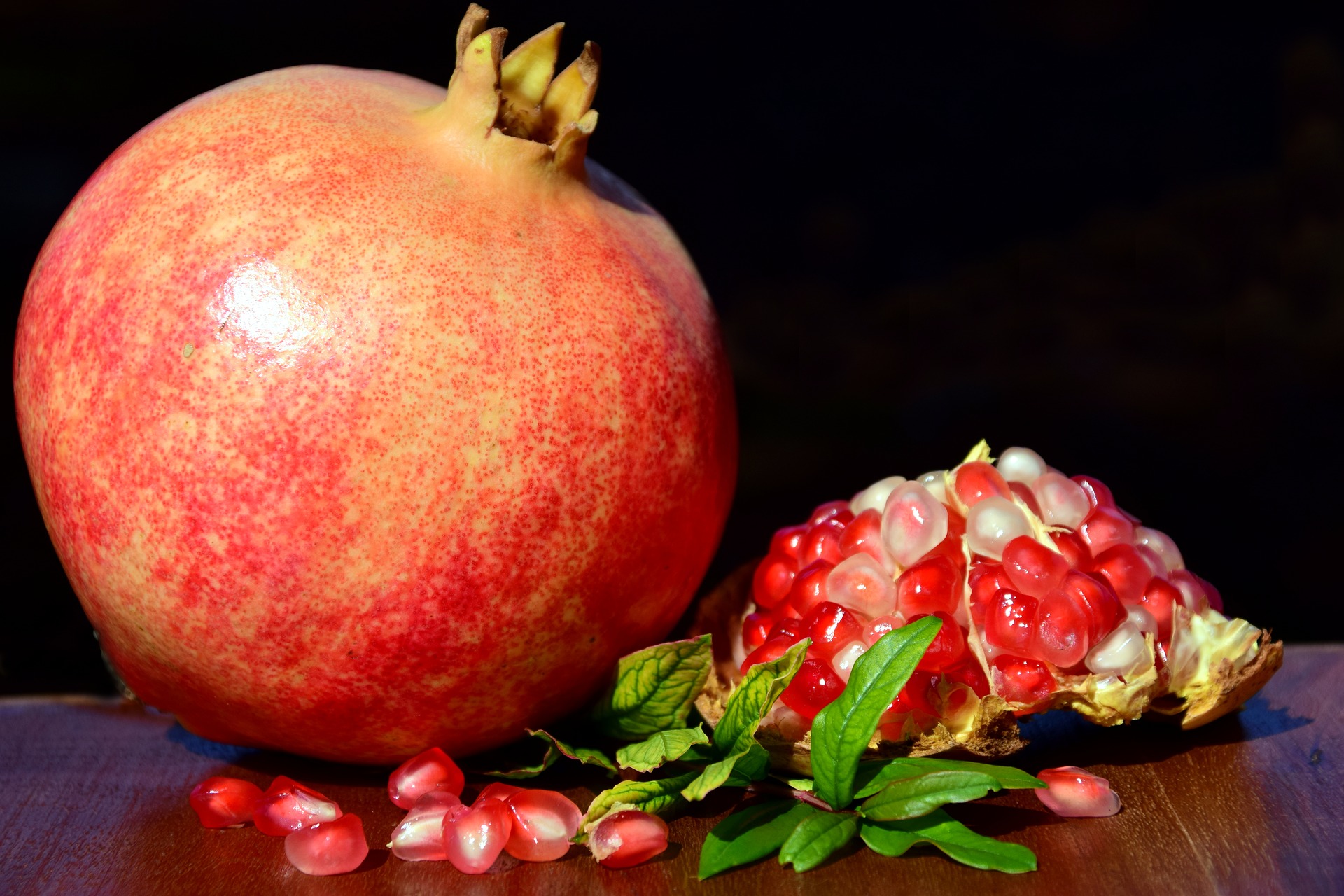 Welcoming the New Year in Greece

There’s one ornament you can’t miss on the shelves of Greek gift shops at this time of year. Usually made of china, it’s a pomegranate – [Ρόδι (rodi) in Greek, Ρόγδι (rog-di) in Crete] – a fruit that holds a special place in Greece and Crete’s New Year traditions.

In olden times, on the first of January, a ripe pomegranate was thrown firmly on the ground at the entrance to the home, and with the split fruit revealing its jewel-like seeds and ruby-red juice, this ritual was, and still is, thought to bring good luck for the year ahead. In Crete the custom used to extend to brides, who on entering their marital home would throw a pomegranate to the ground to encourage fertility and good fortune.

And it’s a lucky charm that dates back to antiquity. Mentioned by Homer in The Odyssey, the most famous myth associated with the fruit is the tale of the goddess Demeter, the protector of earth’s fertility, and her beautiful daughter Persephone. According to the legend, Hades, the fearsome king of the underworld, abducted Persephone to be his wife, but in retaliation, the grief-stricken Demeter fasted, and refused to let the earth’s crops grow; instead she made the world barren. A year passed, and with humanity on the verge of famine, Zeus, the king of the gods, ordered Hades to release Persephone.

Hades did as his brother wished, but not before giving Persephone pomegranate seeds to eat. Having eaten them, her fate was sealed – to spend a third of each year in the underworld. In those months the earth would be barren, but in the months she was able to return to Olympus and her mother, the world again became fertile. And so the ancient myth explained how the seasons came into being.

Today, beyond its connection to welcoming the New Year in Greece, the gift of a pomegranate often extends to someone moving home, when a house guest on their first visit will bring a pomegranate as a present to the host, ensuring good fortune to those in the new property.

The health benefits of pomegranates have been celebrated for thousands of years across the Mediterranean, and nowhere more than Greece. The Ancient Greek botanist Theophrastus and famed physician Hippocrates both referred to its healing properties, while more recent scientific research has shown the fruit has antioxidant properties that are three times higher than red wine or green tea.

Diving for the Divine

Georgioupoli can be a great base camp to discover Crete's famous Sfakia region, which offers…