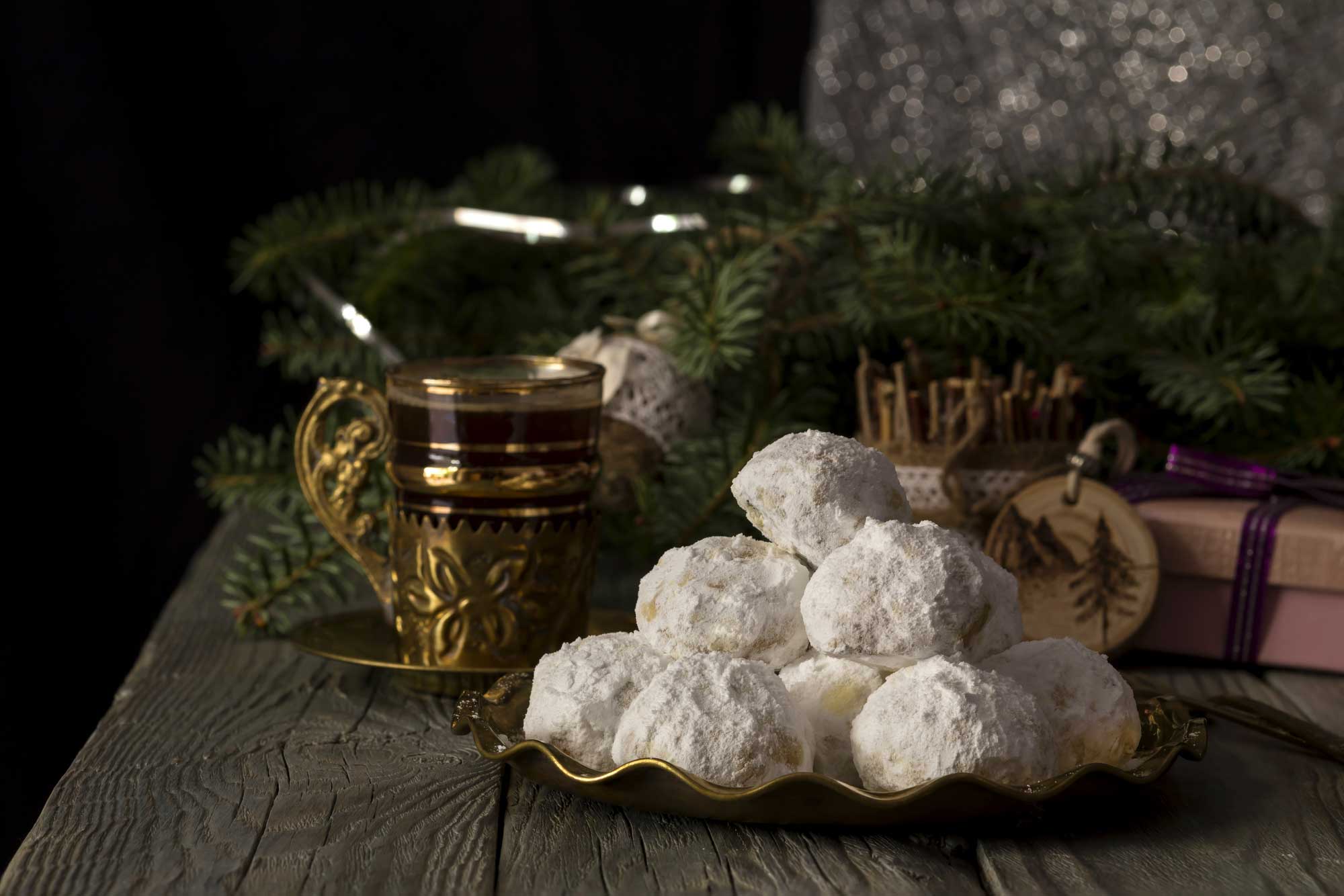 During Christmas, every sub-region of Greece has its traditional food favorites. From the age-old tradition of the Choirosfagia to the fantastic textures and seasonal sweets, Crete has a long-standing Christmas culinary tradition. For the people of Crete, and those visitors lucky enough to share in these festivities, the season of abundance is unbelievably rich.

On Crete, the 12-day holiday that lasts from Christmas until Epiphany is as old as time itself. First celebrated in ancient times at the winter solstice, the festivities were later adapted to Orthodox Christian tradition. One of these, the Choirosfagia, is all about the meaning and value of the sacrificial pig. At first, the agrarian society of Crete and Greece held celebrations to honor the god Apollo Mithras, then according to Orthodox tradition, the pig at Christmas became the symbol of a bountiful meal that filled the table of every family on the island. The pig at Christmas used to sustain Cretans throughout the rest of the year. Today, consumption has changed, but the meat is still used in traditional recipes served on the occasion.

The Christmas pig tradition goes much deeper than just enjoying a feast at Christmas. On the island, the pig is bred and slaughtered on Christmas Eve for the feast to come.

The ways the Cretans preserve the pig and use its various benefits reveals a much deeper connection in between the people here and the eternal.

Take for instance Apaki, which is one of the most important traditional foods of Crete. To make this special product, the dorsal muscles of the pig are used because they contain zero fat. After salting and seasoning with pepper, oregano, thyme, and other herbs, vinegar is added before being smoked over an open fire. The cured meat can later be consumed in the months and days after the season.

The same is true for byproducts like sausage, the lard from the pig known as glina, and other salted pork like Syglina and Tsigarides. Other traditional meats include wild boar, goat, or even a fatted rooster.

Many Cretans will fast for 40 days before Christmas choosing to show respect as in the celebration of Lent.

Cretans much more favor sweet treats and filling up their houses with mouthwatering aromas during the season. At nearly every get-together you’ll find two basic kinds of Christmas cookies. Melomakarona, which are honey-glazed morsels with walnuts, are usually placed alongside kourambiedes, which are almond shortbread with caster sugar. Other seasonal favorites are Koulourakia Christouyennon (Christmas sesame cookie rings), the honey-dipped spiral Xerotigana, Christopsomo or Stavropsomo traditional Christmas cake.

Perhaps the most important Cretan food tradition during Christmas is the Christopsomo, or special festive semi-sweet bread, served on Christmas Day. In tradition, these giant loaves are made by Cretan women with the utmost care. Using great patience, the women mold the dough, taking half to form a loop, and using the rest to fashion a cross with strips put on the center of the circle, which symbolizes the upcoming martyrdom. On every center is placed an unbroken walnut, while the remainder is layered with creative designs using a knife or fork. The Christopsomo is the essential center of the Cretan Christmas table and considered as blessed bread.

Cretan culinary Christmas customs vary from village to village and from household to household, but whatever the locals choose to serve, the celebration brings together families in a joyous gathering that pays homage to the birth of Jesus Christ.

Vegan and Vegetarian Dishes to Try When You Visit Crete

The Cretan diet is at the heart of the Mediterranean Diet. The Seven Countries Study…

Pepper Sea Club Hotel is excited to announce our Main Restaurant “Bahar” was verified with the "Greek Breakfast” Certification"!…