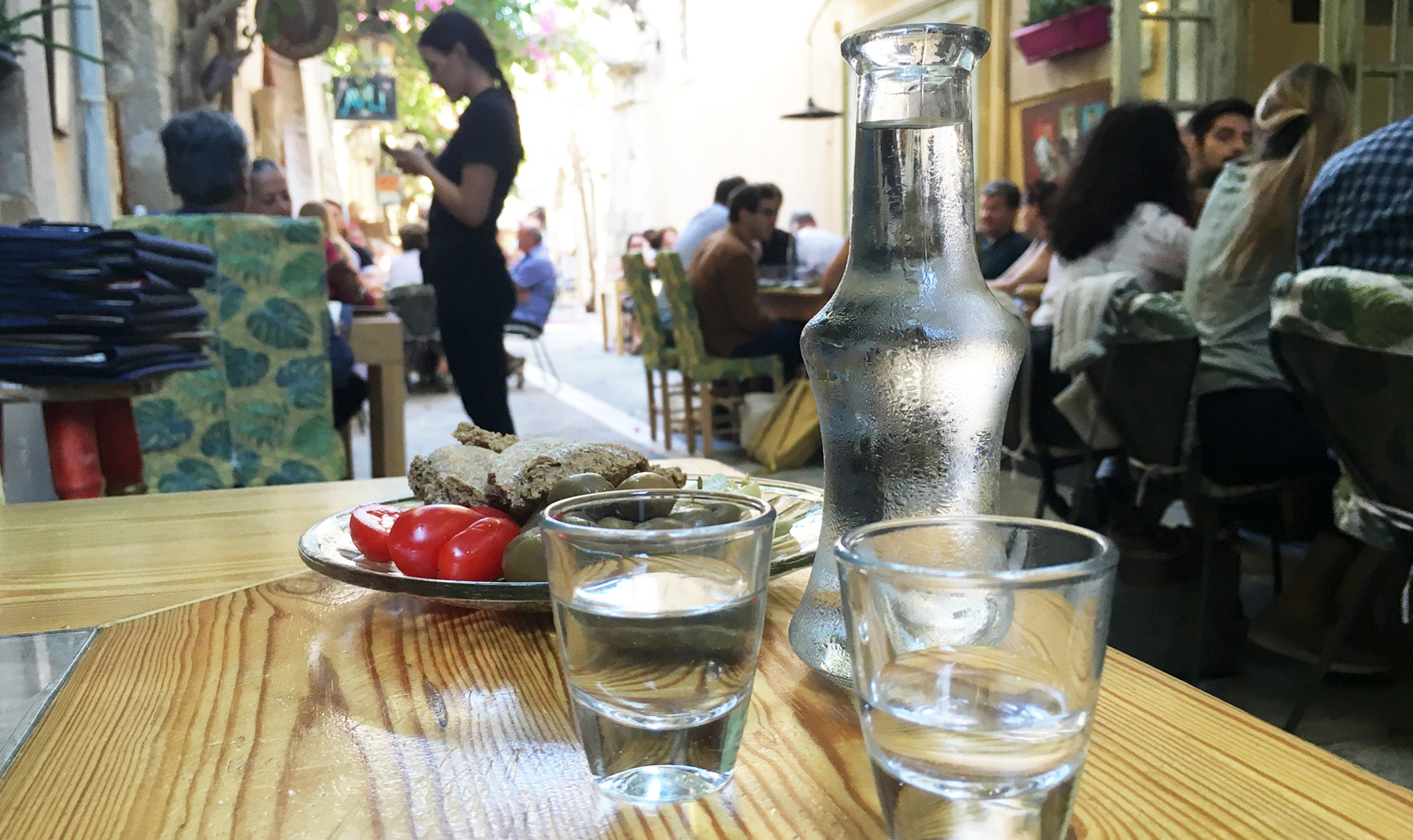 October sees one of the great annual rituals of Crete performed: it’s the month when the year’s raki production is begun. The process for making the fiery alcoholic liquor served after almost every meal in Crete has been the same for centuries, and takes place in tiny village distilleries across the island.

Raki dates back to Crete’s first civilisations and evidence of its consumption has been found on pottery from Minoan times. Often called tsikoudia (or tsipouro), the word ‘raki’ comes from the Turkish occupation of Crete, although Turkish raki is flavoured with Anise.

Today the process for making raki in Crete is identical to how it was made in ancient times. Crushed grapes (strafylla), having been pressed to make wine, are stored for around 40 days in sealed barrels, and as the weeks pass, the skins, pulp, seeds and stems ferment, making a pungent mixture.

The raki-making starts in earnest when the time is right to boil the mixture after the fermentation period. And distilling the alcoholic spirit is a real Cretan art. Distillation needs an enclosed metal cauldron, known as a kazani, to be used. When the mixture boils in the kazani, the steam created is run through a pipe, which then forms as condensation and liquefies into raki. The first few litres of the distilled liquid are tested for alcoholic strength, (the first litres are so alcoholic they’re undrinkable) and the raki-maker’s art is to siphon off the liquor just as it reaches an alcoholic content of around 37% – a strength similar to gin.

A kazanema is the name of the party held at the distillery (usually a simple farm outbuilding of the raki maker) to mark the first raki of the season. It’s a time when the local community gathers to celebrate, often to sing and toast Crete’s most potent harvest as winter approaches.

Rakomelo, raki mixed with honey, cloves and cinnamon, is a favourite sweet drink in the colder months. Famous for its medicinal properties it’s used as a traditional remedy for cold and flu symptoms.

The Chestnut Festival in Elos, Kissamos, is one of the events of the year that…

October: the month for raki-making in Crete

At this time of year one of the great rituals of Cretan life begins: the…