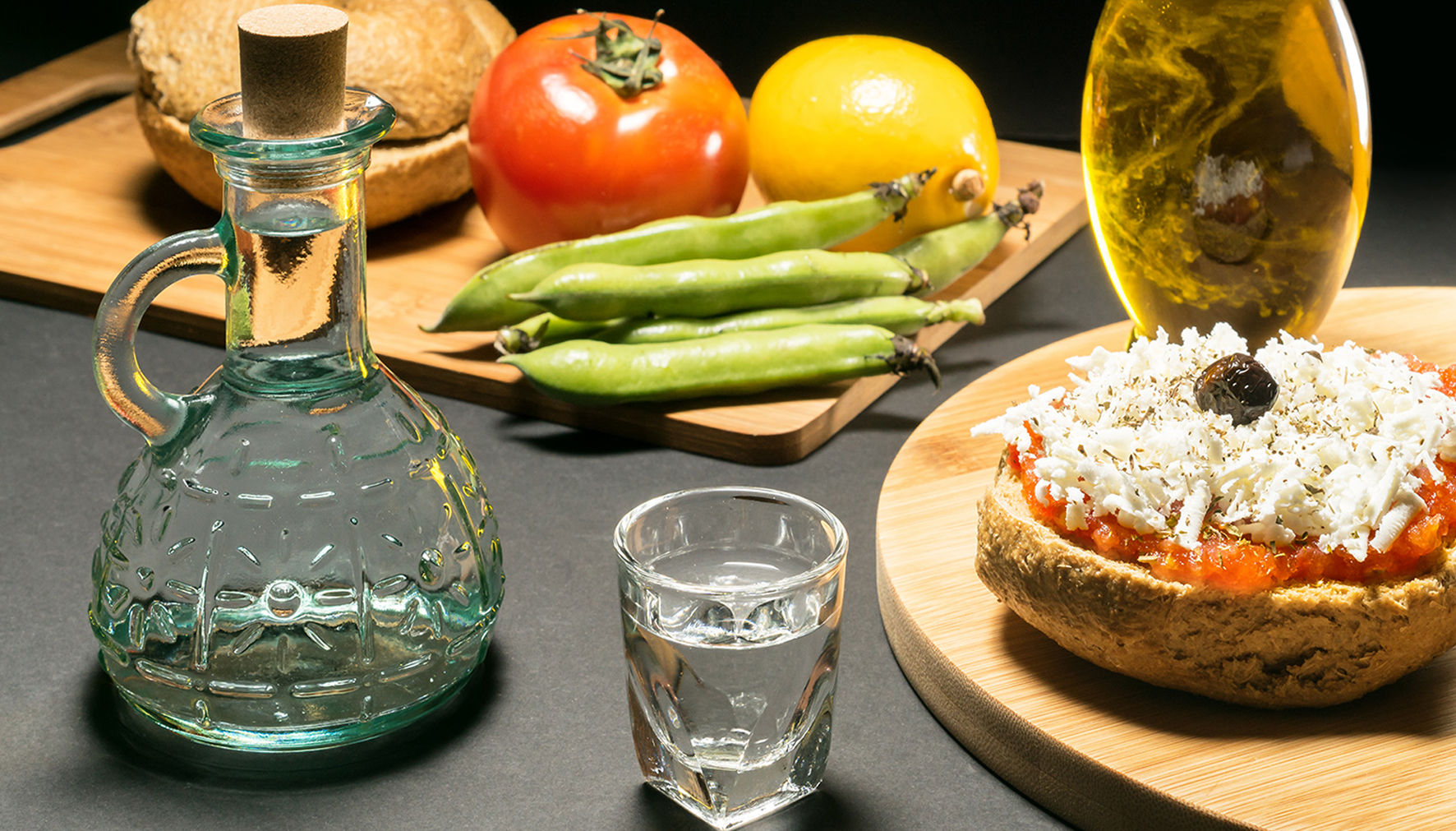 At this time of year one of the great rituals of Cretan life begins: the making of raki – the fiery alcoholic spirit of Crete.
The process for making raki or tsikoudia as it’s also known, has remained the same for centuries and takes place not in commercial factories, but in small village distilleries.  Only licensed distillers are allowed to produce raki – which dates back to the early 20th century when farmers were first allowed to use the leftovers of the grape harvest for extra income.
Today the procedure is identical to how raki was made in the olden days. Crushed grapes (strafylla) left over after being pressed for wine are stored for between four and six weeks in sealed barrels. As the weeks pass, the skins, pulp, seeds and stems ferment, making a pungent mixture.
The raki-making starts in earnest when it’s time to boil this pomace and from the vapour produce Crete’s famous liquour. To do this, a sealable metal cauldron, known as a kazani, is used. When the pomace boils, the steam is run through a pipe and begins to form as condensation, which then liquefies into raki.  The liquid is filtered and tested for alcoholic strength, and the first litres produced are so alcoholic they’re undrinkable, and the raki-maker’s art is to siphon off liquid that has an alcoholic content of around 37% – a strength similar to gin or whisky.
Cretans love an excuse for a party and the first distillation each year is cause for much celebration, with locals gathering to sample the new vintage. Guests, often locals with vineyards, will bring their own pomace to the distillery to make their own raki.
Songs will be sung, wine drunk and meats roasted over a charcoal grill, until the first drops of drinkable raki are produced and tasted. And then the party will really start!
Please Share This
Related Posts

Midway between Rethymno and Agia Galini the pretty village of Spili is a relaxing, rejuvenating…