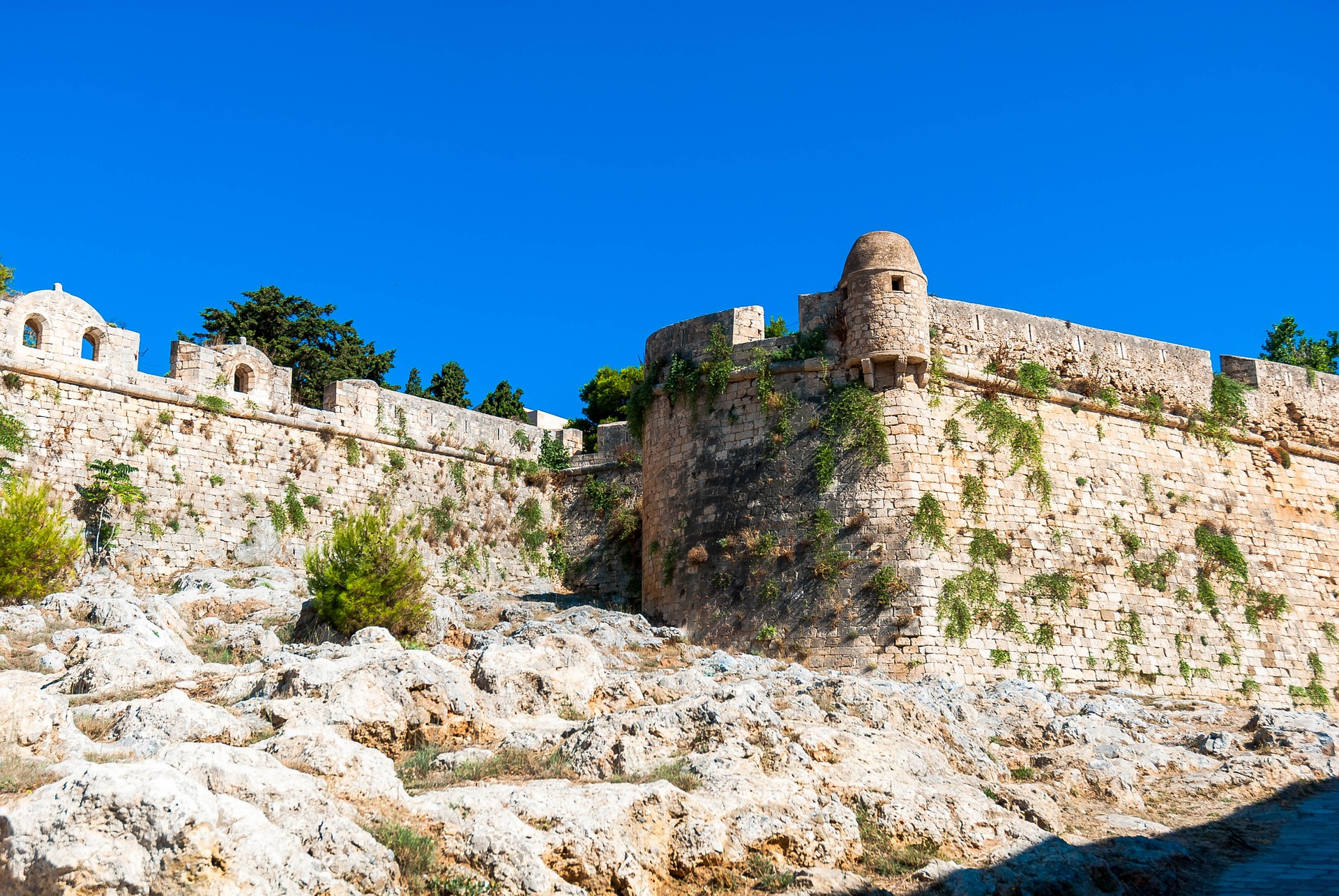 The museums of Rethymno are not as imposing as the Smithsonian, but history buffs will be fascinated by what there is to discover within the walls of the Fortezza Castle and beyond.

In fact, the Archaeological Museum, used to occupy the pentagonal building in front of the main gate of the Fortezza, but closed at that location reopening with an interim exhibition at the Church of St. Francis, at the monastery of the Order of Franciscan Monks from August to September 2016. This was a local effort to give the museum a more suitable, permanent home. The museum demonstrated and highlighted the immense archaeological wealth of Rethymno. It was divided into three chronological sections – prehistoric, Byzantine, and post-Byzantine period – and it was organized on themes of public and private life. Plans to give the museum a modern, permanent home, are in the works. However, no date or location have been announced – something to look forward to in the future, which brings us to the other must-see museums of Rethymno.

The Museum of Contemporary Art of Crete has its permanent home in Rethymno (Mesologiou 32) in the historic old town, by the Venetian wall, not far from the former house of the Archaeological Museum. The museum boasts a permanent collection of some 500+ artworks by contemporary Greek artists and spaces for visiting temporary exhibitions. The museum was formed by the “L. Kanakakis” Municipal Gallery and the Centre of Contemporary Art and has about 50 works by Kanakakis too. The museum organizes art workshops for all ages too.

Founded in 1973 by Faly G. Voyatzakis and Christophoros I. Stavroulakis, the Folklore Museum of Rethymno is a fascinating visit in a restored Venetian building, which, on its own, is a heritage designated site. This is a museum that promotes and preserves the traditional Cretan lifestyle. Traditional crafts like weaving and pottery are still kept on the island, along with lace making, coppersmithing, and bread making. The museum shows the history of these crafts, tools, traditions, and so on. A traditional Cretan shopping street is recreated on the first floor of the museum, and more than 5.000 items make up the second area of the exhibition.

The Paleontological Museum found a home at the Mosque of Mastabas and houses the paleontological collection of the Municipality of Rethymnon, including dwarf Cretan elephants, dwarf hippopotamuses, and polymorphous deer. There is also an ecclesiastical museum (Vasileiou Chali 3) which opened next to the Cathedral in Rethymnon – bringing our lineup to four must-see museums during your visit. This museum boasts an interesting collection of coins, documents from the Ottoman era, religious items, and votive objects.

There is also a workshop by Alexandra Kaouki (22 Melissinou Str.), teaching a lot about sacred Byzantine Icons and wall painting – not as enriching as a museum, but interesing for hands-on lovers of art. Alexandra Kaouki-Melidoni is highly profecient in her craft, and she is ready to reveal many of the secrets of the art.

Last, but not least, visit the Centre for Cretan Popular Art (Kritovoulidou Str 15-17) for a memorable experience in a “living” museum. See here the craftsmen at work, talk to them about their art, or buy a unique Cretan souvenir. They also offer arts and crafts workshops.

When it comes to the Georgioupolis nightlife, if you are not vacationing here during the…

Savour spring in the Amari valley

Cafe culture in Chania: 6 of the best