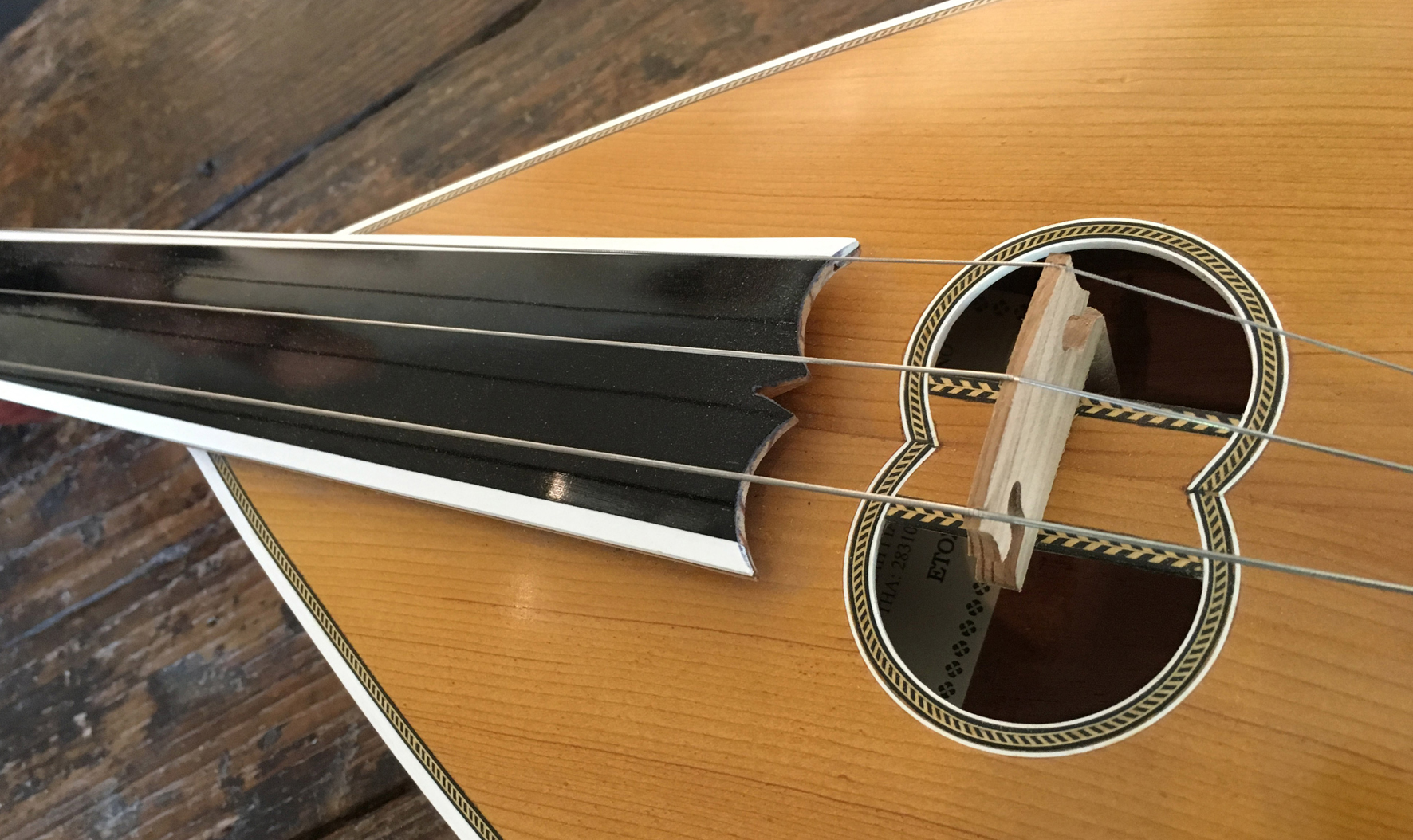 Unique to Crete, the lyra is the pear-shaped, three-stringed instrument that is played on the knee like a violin. Nothing is more Cretan than this ancient instrument, which according to Greek mythology, was first created by the god Hermes. The earliest references to the lyra are from illustrations in Byzantine art dating from Constantinople in the 10th century.

If you see a Cretan with long fingernails on their left hand, it’s likely they’re a lyra player. That’s because the instrument’s notes are created, unlike the violin, not by pressing the strings down against the neck, but by pushing the strings  from the side. With no frets or markers, it requires enormous skill. Apart from the standard lyra, there are two other types, the lyraki (the instrument’s original form in ancient times) which is smaller and has a higher pitch, and the larger 4-stringed vrodolyra, with its deeper bass tones.

Today, just a few expert craftsmen make Crete’s finest lyras, using mulberry, maple and walnut wood (it must be more than 10 years old) for the sound box, and lebanon cedar (often reclaimed from ancient house beams made of cedar that were brought to Crete by the Turkish) for its top surface – the sound board. Every summer from one end of Crete to the other, the island’s top lyra musicians perform outdoors in village squares, where wine, raki, traditional  dancing make a colourful and uniquely Cretan evening. Look out for posters advertising these concerts.

The lyra is often the accompanying instrument, along with the Cretan laouto (lute) when mantinades are sung, short rhyming verses that tell a story. Widespread across Crete, the mantinada is the island’s most common form of folk song. While the lyra is made and played throughout the island, the province of Rethymno is particularly important in the history of the instrument. The village of Anogia has a very special chapter in that story, with one Anogian clan becoming synonymous with lyra music – the Xylouris family.

Nikos Xylouris (1936-1980) is arguably still Crete’s most famous lyra player and singer, who brought what was a local Cretan folk tradition to national and international prominence in the 1960s and 1970s. Xylouris’s brother Antonis, known as Psarantonis continues the tradition. With his unmistakeable long hair and beard, Psarantonis performs to adoring audiences not only in Crete and Greece, but overseas, even in his late seventies.

Rethymno is also the place to find one of the finest lyra makers in Crete, Manolis Stagakis, who creates lyras for many of Crete’s top professional musicians as well as international buyers. An exquisite hand-made lyra from Manolis will take around a week to make and cost from €400.

Beyond Georgioupolis: Best Things to do in Rethymno

There are always attempts to list the best things to do in Rethymno, each depending…