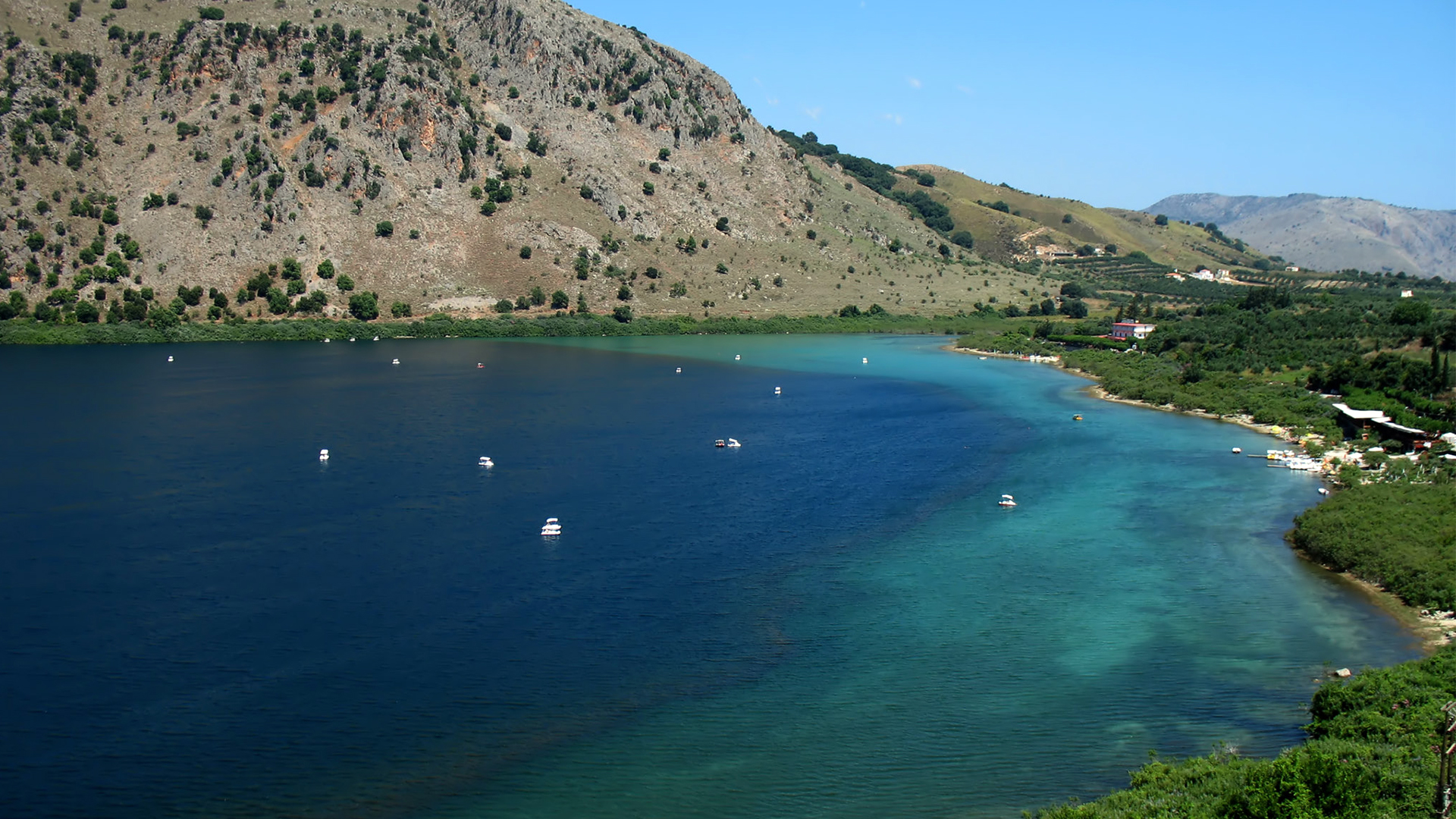 What is certain is that the lake is mentioned since ancient times by the name Korisia and is believed that on the banks there was the sacred temple of Korisia Athena.

The deepest point reaches 22 meters and in its waters are rare live fish, reptiles and snakes and a rare two-color kind of turtle. The lake is a stop for migratory birds and has been included in the Natura 2000 network as a Bird Protection Area.

Lake Kournas is a magical holiday destination, of naturalist and geological interest. It has developed in tourism, as on the banks are facilities with organized beaches for swimmers and paddle boats. It also has many taverns that are famous for their food and charming cafes with spectacular views.

In the Footsteps of Zorba the Greek