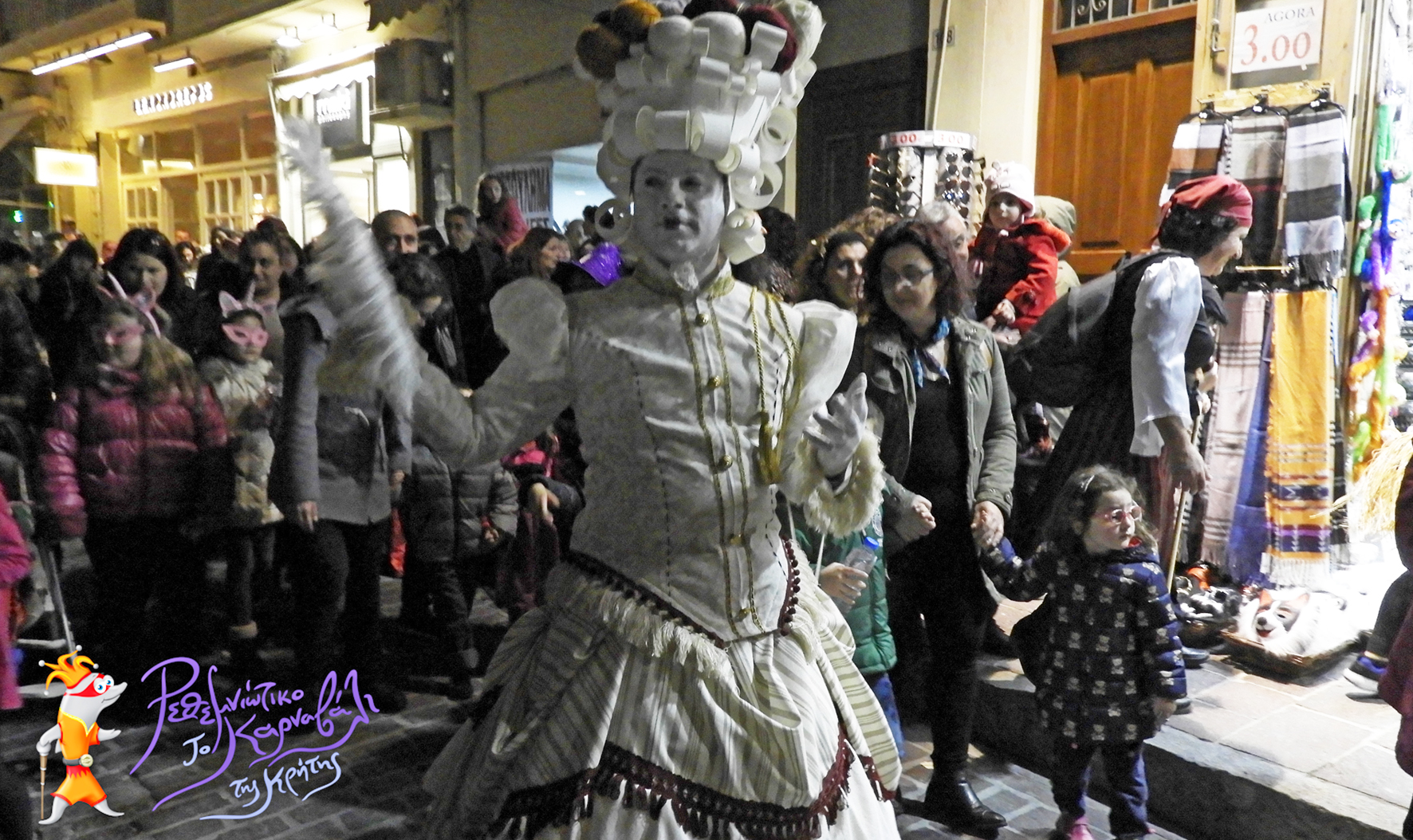 With the 2019 Rethymno Carnival officially opened, the city is expecting more than 15,000 revellers to take part on its big weekend, kicking off on Friday March 8.

Dating back more than 100 years, the carnival is one of the biggest in Greece, and this year’s theme ‘Dancing in time and space’  is set to inspire the usual vivid colourful celebrations. Masks, music, outrageous costumes, giant floats and bacchanalian behaviour are guaranteed. To take part in the Greek islands’ largest celebration of Apokries – Greece’s unique carnival season, head to Crete’s third-largest city. 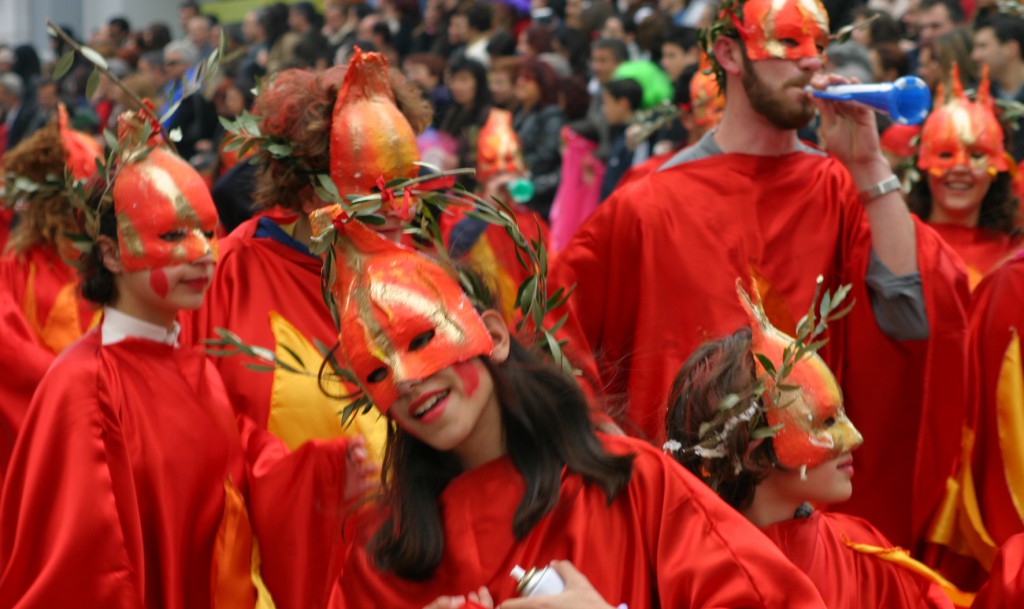 Magical masquerades. Rethymniots enjoying the freedom of anonymity offered by costumes and masks at the 2018 carnival. Photo: Municipality of Rethymno

Treasure Hunt. Saturday/Sunday, February 23/24
In 2016 the treasure hunt, one of the most popular events of the Carnival calendar, was officially designated the world’s largest treasure hunt, with 1418 participants taking part, and ensuring its place in top spot in the Guinness Book of Records.

Tsiknopempti. Thursday, February 28
The traditional Greek Orthodox custom of fasting from meat before Easter pauses on a day made for carnivores. On Tsiknopempti (‘Smoky Thursday’, from the smoke produced when cooking meat over an open fire), revellers enjoy a feast of barbeque delights offered by restaurants across the city. 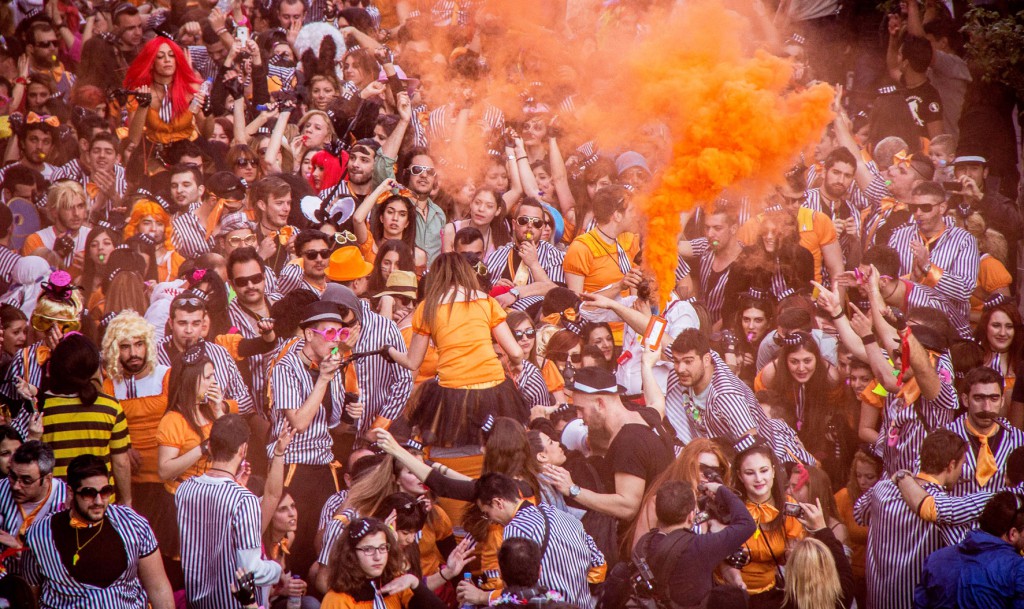 Revellers at the 2018 Grand Parade: Photo: Municipality of Rethymno

The Grand Parade. Sunday, March 10
The Carnival reaches its climax with the Grand Parade which starts at midday, setting off from Theotokopoulou. The closing ceremony takes place at 6.30pm with the symbolic burning of the Carnival King, followed by a spectacular fireworks display. 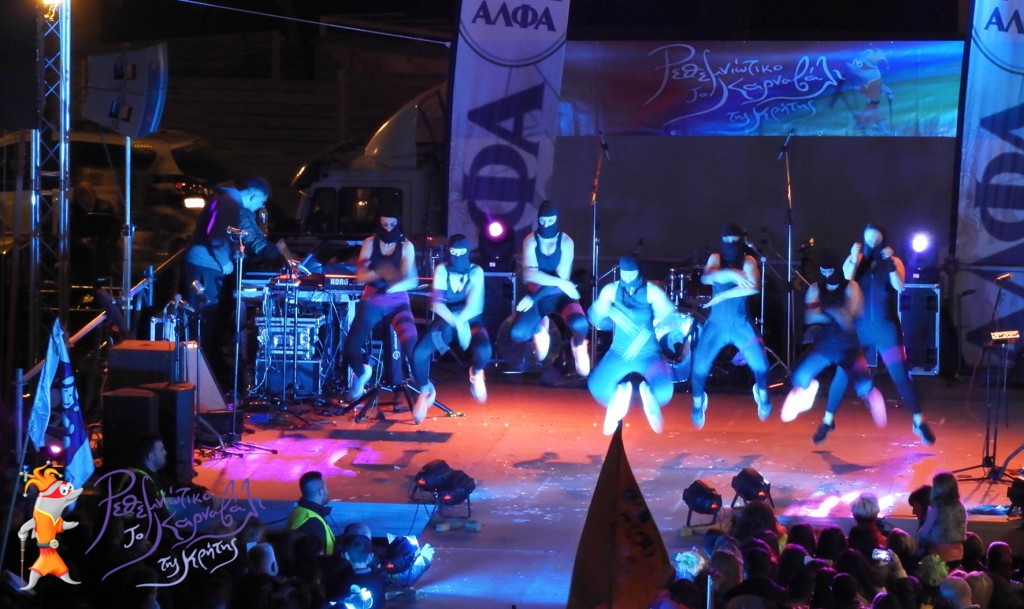 Dancing in time and space. Opening ceremony of the 2019 Rethymno Carnival. Photo: Municipality of Rethymno

Kathari Deftera (Clean Monday), March 11
The carnival ends with one of the most important feast days across Greece. Kathari Deftera is all about leaving behind ‘sinful’ behaviour associated with the carnival. Vegetarian delicasies like fassolada (bean soup), lagana bread, and halva are on the menu of every restaurant. Don’t miss the kite flying too on the beach and elsewhere – a reflection of the colourful free spirits that make up the Rethymniot community. 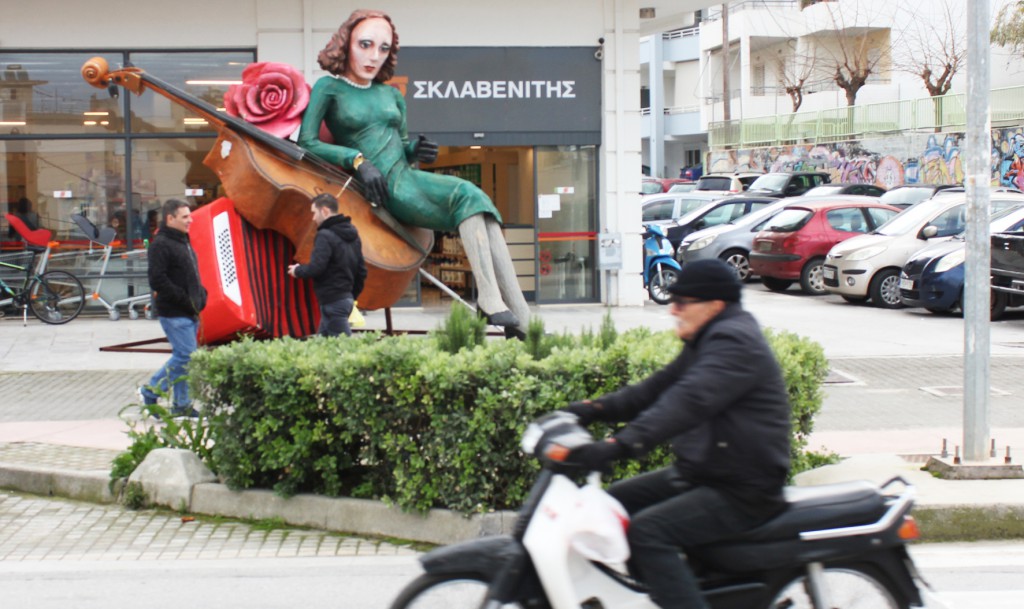 Every year giant figures appear in the streets of Rethymno announcing the arrival of the carnival. Photo: Mike Sweet

The Agios Nikolaos Church Georgioupolis, in Greek Άγιος Νικόλαος, is one of Crete's most precious…

Chania is one of the Cretan destinations many tourists love to write home about, for…