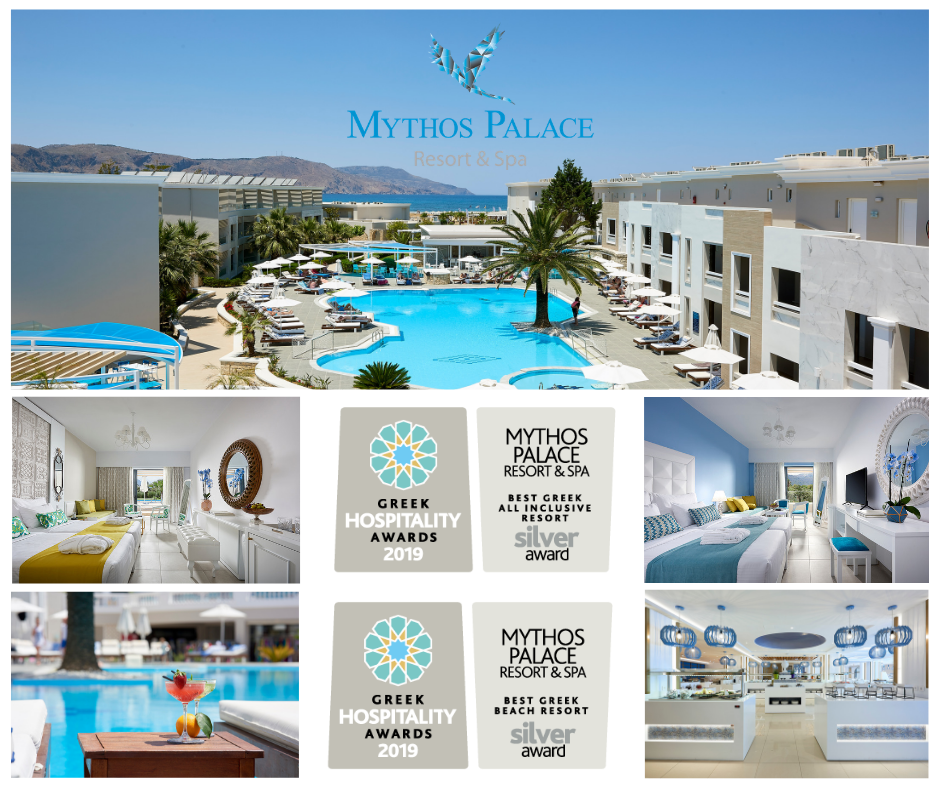 Mythos Palace Resort & Spa won two important accolades at the Greek Hospitality Awards 2019: the Best Greek All Inclusive Resort (Silver Award) and the Best Greek Beach Resort (Silver Award), thus standing out among the hotel businesses in Greece.
Held under the auspices of the Ministry of Tourism, the Hellenic Hotel Federation, the General Panhellenic Federation of Tourism Enterprises, and TIF-Helexpo, the awards ceremony took place at the Divani Apollon Palace & Thalasso in Vouliagmeni.
Mr. Sotiris Manolitsas received the two awards on behalf of the hotel’s management team.

Greek Hospitality Awards, an event that aims to reward the best practices in Greece’s tourism sector, were organized for the fifth consecutive year. The awards reward excellence in the sector of Greek Hotels through a fair process, in which a Judging Committee consisting of esteemed members, as well as the audience, participate with a 60/40 voting ratio.

Eliros Mare in Georgioupolis, Crete, is awarded a Sunny Heart Silver Award 2018 in the…